Zakat, Infak, Shadaqah and Awqaf (ZISA) are social fund  taught by Islam for practiced by Muslims. Zakat is the instruments of Islamic social fund that is obligatory, while infak, shadaqah and awqaf are Voluntary. Although ZISA are social fund, but the allocation has economic dimensions that affect to the welfare of Muslims
Infak are all the expenditures made by a muslim, either for good of spending, as well as for badness. Therefore in the Qur'an, there are term infak fi Sabilillah (infak for goodness) and infak fi sabilit toghut (infak for evil / badness).
Sahadaqa are all the expenditures for goodness. Included within the scope of shadaqah is all that material and non material.
Zakat are all the expenditure for the goodness that has certain requirements and certain arrangements in practice (nishab, haul, tariffs and recipient).
Zakât is a certain fixed proportion of the wealth and of the each and every kind of the property liable to Zakât of a Muslim to be paid yearly for the benefit of the poor in the Muslim community. The payment of Zakât is obligatory as it is one of the five pillars of Islam. Zakât is the major economic means for establishing social justice and leading the Muslim society to prosperity and security.
Waqf are spending our money for the good of which the principal value of the property sought to be permanent and its benefits can be felt for social and economic interests of the people. Waqf are prioritized done in a way that generates productive revenue or profits, where income or profits will be used for good.
Most of the Muslims still practice the use of Zakat, infak, shadaqah, and waqf are just purely charitable. Generally the distribution of zakat, infak, shadaqah and waqf are only used for consumptive purposes, social and worship. Still few Muslims who are trying to utilize Islamic social fund (Zakat, infak, Alms and Endowments), which has wider economic benefits.
Associated with the task of improving the welfare of the people, then Now, it is time when the Zakat funds, infak, shadaqah and Waqf can be utilized to assist economic development, especially in helping small businesses. Islamic social fund should be developed to increase revenue, business development and economic development through the Islamic financial services industry. 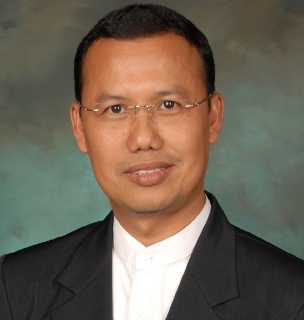 Potency  and Developement Zakat, Infak, Shadaqah, Waqf
Zakat can play a significant role in Muslim socio-economic development if it is used properly. Entering the year 2012 was the payment of zakah is increasing worldwide. It is estimated that more than 80% of the Muslims who were categorized muzakki (obligatory Zakat) has regular paid zakat. The Zakat Payers are paid through zakat organizations, as well as directly paid to beneficiaries (mustahik) in their respective countries.
Based on the calculation of various methodes, particularly with reference to the pattern of calculations performed by Habib Ahmed from IRTI - Islamic Development Bank (IDB), then we can calculate that the year 2011 using estimated proportion of GDP every Muslim country, the estimated potential of zakah in the world a year of not less than USD 600 Billion.
By considering the data on the number of poor people of the world in the year 2010 reaching 850 million people, then the potential zakat world will be able to overcome poverty until 23.5%, with the assumption that every poor person will be able alleviated with greater empowerment of zakat funds of USD 3000 per person.

Waqf is one of social service through the issuance of the property is very important in Islam. Waqf is a religious treasure that is realized in the form of fixed assets or the value of the benefit in the long term. In the glories of Islamic history, waqf have become one of the cantilever dynamics of Muslim life. Waqf in the past generally functioned to support the provision of social facilities and public facilities for the community.

Various social facilities and public facilities has filled many of the waqf property. Buildings and places such as mosques, Islamic schools, boarding schools, nursing orphans, graves, fields, and roads are examples of community needs that come from waqf. To meet the availability of these waqf, the community generally give waqf in the form of land, buildings, or money used to purchase / provide land, buildings or equipment for the public benefit. All of waqf management scheme described above is the pattern of conventional management of waqf.

Namely the social-oriented management of waqf, because the use of waqf for public purposes or public interests directly. In the conventional management model waqf this happens the cost to the operational management needs of fund everyday to be subsidized from other funds (such as infaq and alms). In the model of social-conventional management of waqf is not the case process and economic benefits of asset waqf. The second transformation in the management of waqf is when there is development of cash waqf (Cash Waqf popularized by MA Mannan with his Social Investmen bank is well known in Bangladesh). In Indonesia Cash Waqf then used the term money waqf, it is the collection of charitable efforts in the form of money which was subsequently stored in the Islamic financial institutions (such as Sharia banks, Baitul Maal wa Tamwil, sharia micro finance) which is generally stored in form of deposits.

The investment income from the deposit is then used to finance social activities, such as helping poor people, subsidies to operational mosque or islamic boarding school. In this development, the waqf of money has also been utilizing a broader monetary sector for investment. Besides the bank, investing in sharia mutual funds, Islamic bonds, Islamic stock markets, and other Islamic monetary sectors. Of course all the basic requirements for charitable transactions, namely that the principal waqf should not be lost, always used as reference in charitable investments in the monetary sector.

In the next transformation, the management of waqf also entered the productive phase. In the model of productive waqf, asset waqf are for the provision of commercial assets that produce revenue or profits. To further revenue or profit is used to finance activities providing education in a school, health services in hospitals or medical clinics, providing food assistance to refugees, orphans, or to help the poor.

As for assets that were pledged as waqf investments include office, kiosks, markets, parking lots, factories, plantations, trees and perennials that produce many more. In the past, probably a lot of investment in productive waqf are not yet practiced. Now, in addition to this useful productive asset waqf generate revenues or profits for social purposes, as well as create new jobs for the community. Waqf have multiple benefits of productive, that is flowing to waqf donors reward. shaping employment through business activities and generate income in order to subsidize social activities.
All of this transformation, has been and is being undertaken by many Waqf Organizationa (Nadzir). They are trying to implement as one of the economic potential of communities that have religious and social dimensions as well.
In addition to Zakat and Waqf, of course infak and Alms also has great potential. Especially if it is owned by a wealthy Muslim who are concerned to help fellow human beings. When this has been the everyday culture practiced by the Muslims, then the impact will also be a huge help in overcoming the problem of poverty.

Position of Zakat, Infak, Shadaqahh and Waqf in Islamic Finance System
In the context of the entire Islamic financial system, Zakat, infak, Alms and Endowments have the following roles:
1.       Provide the basic needs of the community
That is to meet the needs of food, clothing, shelter, health and education.
2.       Help to provide the public service
That is to meet the provision of mosques, tombs, schools, clinics, roads, bridges.
3.        Supporting economic development through business support in social and semi-commercial level.
That is to provide venture capital, business assistance and strengthening the business.
The main focus of the utilization of Zakat, infak, shadaqah and waqf are intended to overcome poverty and build self-reliance of the poor so that they can live in dignity.