Awaken The Power of Zakat Indonesia

Islam is enforced through five main pillars known as the Five Pillars of Islam. The main foundation of Islam consists of the Shahada, Salat, Zakat, Fasting and Hajj. Zakat is the Islamic teachings that had colored the historical development of Islam since the time of Prophet Muhammad, to the generation of Companions and the caliphs afterwards. Caliph Abu Bakr Siddiq has proclaim war to the Muslims who disbelieve give charity. While the Caliph Umar Bin Khattab has developed Baitul Mal as a means of financial management of zakat and Muslims.

Zakat been proved to have been an important factor in overcoming poverty. As had happened at the time of Caliph Umar Bin Abdul Aziz, so that in a short time has been able to eradicate poverty. When it barely found more poor people who are eligible to receive zakat. The successful management of the economy and the maintenance of zakat, so that the zakat had difficulty to be distributed, because everyone was no longer worthy to receive zakat.

Zakat as an economic resource great nation will always be present with its power when recognized and managed appropriately. But the Muslims never relent, due to misunderstanding and does not manage it well. Misunderstanding zakat caused zakat is not redeemable made and distributed appropriately. While the management of zakat are individualistic and momentarily causing zakat can not be mobilized and utilized in order to fund the strategic purposes of the people. Be zakat like never show the beauty in the midst of the Ummah. Zakat like a big giant that is still in a deep sleep, although've been stretched but its impact has not been significant.

Increased Mobilization of Zakat
So far, Muslims in Indonesia have been working to implement the obligation to zakat. In general, that is understood by Muslims in Indonesia is the payment of zakat was limited to payment of zakat were fulfilled in Ramadan until before the Eid prayer. Still many Muslims who neglect to pay zakat (Mal). Scope of zakat is understood Muslims also generally are treasures such as formally in classical fiqh. Many Muslims who have income and wealth have been qualified zakat obligations, but are reluctant to pay their zakat. There are some people who did not know that in his property have obligation of zakat, there are also those who simply neglect or refuse to carry out zakat.

For Muslims who have understood the obligation to zakat, generally prefer to pay zakat on their own, directly distributed among the mustahik or the poor, they no longer distribute zakat alms to the mandate to be utilized in order to help overcome poverty. Muslims are so proud of worship zakat individually, so it is not mobilized and runs away whenever shared, without the rest, like high waves crashing on the sea which runs into a froth at the beach.

It is therefore necessary remediation efforts in order to improve the mobilization of zakat. Steps that can be taken include: Improved Law Enforcement zakat, by way of example to revise Management Act zakat (Act No. 23 of 2011), which also included sanctions for muzakki (the obligatory zakat) which do not fulfill their zakat. Given these sanctions, it is expected that more and more rich people who carry out the obligation to pay zakat. Improved Law Enforcement zakat can also be done through the implementation of the Regional Regulation (Perda) of the zakat which contains clauses sanctions for muzaki dissenter.

Another step that can be done is socialization and education about the obligations and treasures that are subject to zakat. Especially with regard to the object of zakat in this modern era. There needs to be a detailed explanation, why it is required, what foundation or argument, how is it calculated and when the time of payment. Socialization and education of this would be widespread, so that we can be sure that most of the potential muzakki has been informed about the obligations and property zakat object.

Even more important is aligned to muzakki (obligatory alms) always pay their zakat through zakat management organizations are legitimate. Paying zakat of muzakki should to Badan Amil Zakat (BAZ) formed by the government and the Lembaga Amil Zakat (LAZ) formed by people who have been confirmed by the government. With zakat mobilizationed through zakat management organizations are legitimate, it is expected that the optimization of zakat will be able to do. Due to the concentration of zakat on legitimate zakat organizations, the distribution of zakat can be seen, as well as to monitor the effectiveness of its distribution.

Of course, all of BAZ and LAZ should improve the performance of zakat management, so as to achieve a trustful and professional quality. Essentially all of zakat, either BAZ or LAZ must be trusted by the public, especially by muzakki (zakat payers).

One of the fundamental weaknesses that are not adequately regulated in order zakat law in Indonesia is a regulation concerning the position regulators, operators and supervisors. Although the government has been positioning itself as the regulator, but the implementation of the regulatory function is not operating effectively. The government should be more active in making arrangements so as to create harmony and optimizing the management of zakat in Indonesia.

In the context of the setting as the operator, under the legislation, the operator function has been mandated to BAZ and LAZ. Here is the organ which conducts direct zakat management. But the existing arrangements in the Act No. 38 in 1999, still has drawbacks, such as lack of clarity and regulation of authorities relationship between BAZNAS, BAZ Province and Bazda. Another obscurity is the relationship of BAZ and LAZ. Payload existing regulations do not adequately address the relationship between BAZ and LAZ. The climax is based on the existing regulations are not set or determined who acts as a coordinator in the management of zakat in Indonesia. There should be an organization that works to coordinate the operator's zakat in Indonesia.

In the field of supervision is clearly seen that during this time, the monitoring function is not running at all. Their zakat "wild" that has the potential to cause corruption or misappropriation of zakat, no one's watching. LAZ-LAZ that have been confirmed, but its performance does not meet the standard eligibility requirements are still free and freely without supervision. Zakat behavior that violates the rules and ethics, also left without supervision at all. So the zakat supervision conditions are currently very urgent to be effected.

synergies Program
The third step should be taken to awaken the power of zakat Indonesia is the synergy program among the zakat. The existence of several operators zakat which has advantages and uniqueness of each requires us to mutually reinforce excellence among zakat. The Synergy program is also addressed in order to take advantage of every zakat to be able to cover the shortcomings zakat others.

The Synergy program can be done in the framework of the collection of zakat funds. As a way to regulation of the distribution or muzakki area associated with zakat management organizations the right to menggalangnya. Synergies zakat fund raising program can also be done by conducting joint promotional activities to avoid any overlapping charity campaign for muzakki same community. Or by cooperating arrangement outlets and agents zakat.

The Synergy program is the main joint activities in order to implement a strategic program of the people. Where the organization pengeloa zakat jointly guided by the scholars and leaders the people representative periodically determine what things should be done together in order to help people who need it, empowering, welfare and awaken the power of the people. Strategic programs that are colossal beings is only possible to run properly, if it involves all components of the community, especially organizations of zakat. 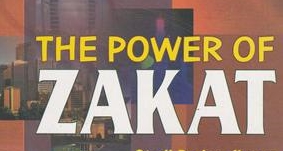