Waqf and Its Uses in South Africa

The first known waqf in South Africa was made by a woman of slave parents  in Cape Town in the form of land that was dedicated for the building of the first masjid. This was done approximately 150 years after the arrival of the first Muslims at the Cape of Good Hope which became the resfreshing station of the Dutch East India Company.

The making of this waqf and the subsequent unbanning of Islam in SA in 1804 paved the way for the building of masjids and madressahs in the Cape Colony and later in other provinces as Muslims settled in different parts of the country, both before and after the abolishment of slavery in 1834 by the British Colonial Empire.

Today, every town, city or village has some form of waqf in the form of a masjid, jamaat khana or madressah.  Several Muslim Schools that run along within the state schooling system and which are partially subsidised by the state,  are also developed as Waqf property by the Muslim community in South Africa. Some schools have also been built or funded by the IDB (AsSalaam) or the AlAzhar Waqf from Egypt.

Some private family waqfs have also emerged eg Lockhat, Motala, HS Ebrahim as “Private family trusts” that have supported various religious, educational, and charitable causes. Several schools, madressahs, masjids, abd educational scholarships were either built or supported by these trusts. Other  “trusts”  that take care of the needs of village communities who have their origins in India eg Kholvad and Memon. These tend to be restricted only to the descendents of parents or grandparents that emigrated to South Africa from particular villages of India.

Most common waqfs in South Africa are masjids and madressahs. Beyond these there are no significant social development waqfs on a large scale. Up until 2001 there were no serious efforts towards the establishment of a public waqf.

In recent times, more awareness has been created about waqfs with the formation of Awqaf SA and the waqf institution is gaining in currency, albeit slow. The focus of Awqaf SA, on the one hand,   is on the mobilisation of waqf funds, and on the other is to fund sustainable community development projects. With regard to the latter, several communities have been identifies and funding in those areas will benefit the masjid and madressah infrastructure, learners, imams, and staff.
Several factors may be responsible for the slow and unpopular social development waqf. Lack of qualified ulama; Lack of literature in English ; lack of learning in madressah; no public discussion or lectures in masajid or halls. Not taught as a subject or section in Universities; not promoted as apart of the Islamic financial system; the apartheid system did not allow for free purchase of land etc

However, there now seems to be an awareness that Waqf can make a difference to the lives of people. New initiatives such as Awqaf SA will certainly have a major impact on the awareness of Waqf. 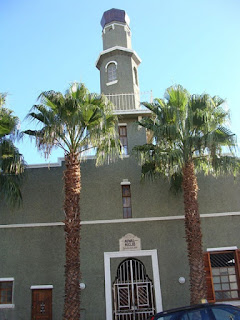